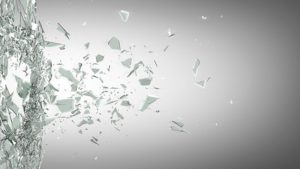 Tinnitus is the sensation of hearing sound that is not present in one’s environment. Although the sounds are most often described as a “ringing in the ears,” it can actually be any type of sound, including whooshing, hissing, chirping or whistling.

Tinnitus is a common condition. Nearly 20 percent of the population reports some degree of tinnitus . The incidence of tinnitus increases with age; one in five people between the ages of 55 and 65 years report some tinnitus symptoms.

The precise cause of tinnitus is not fully understood; however, it is generally accepted that tinnitus is most often a side effect of damage to the auditory (hearing) system. 90 percent of people with tinnitus also have hearing loss. In some cases, the hearing loss is so mild that the person doesn’t know it exists.

While there is not one specific trigger to tinnitus, many cases have found a link between tinnitus and stress. People have also reported that that their tinnitus can vary according to their diet. Alcohol, nicotine and caffeine can all increase the prevalence of tinnitus. Certain medications can also cause or influence the level of tinnitus; over 200 drugs are known to list tinnitus as a side effect.

For more information, please refer to the American Tinnitus Association.

If you suffer from tinnitus, you are not alone. Call Watauga Hearing at (423) 928-1901 for more information or to schedule an appointment.